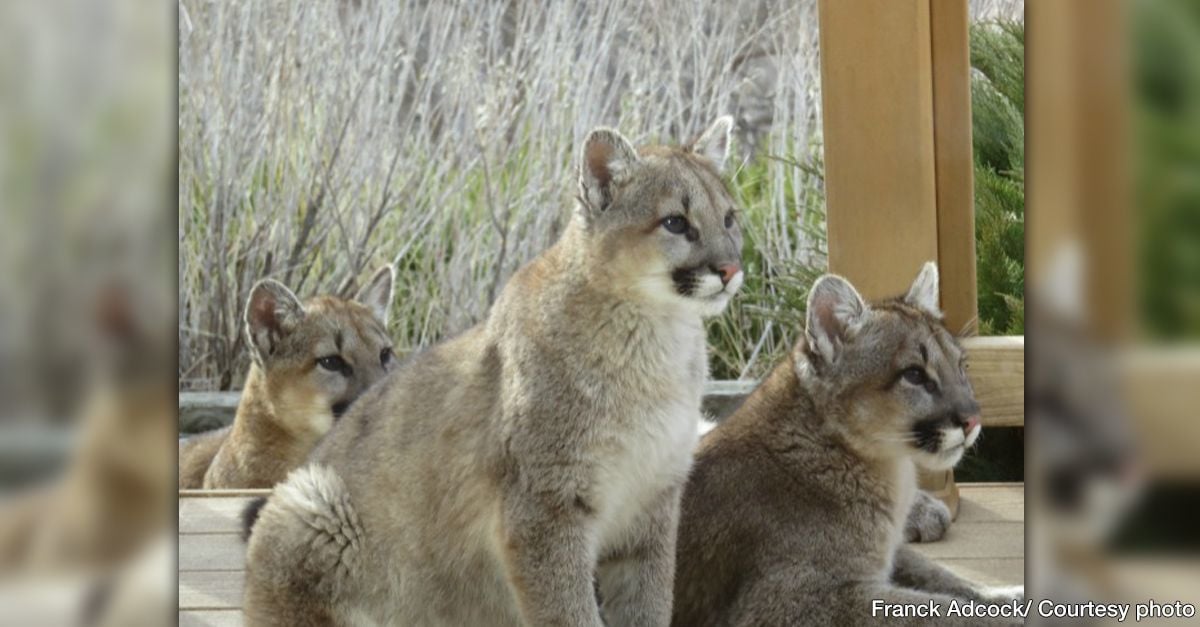 A man in north Boulder managed to snap a photo of three mountain lion cubs on his deck.

“They were all stretched out on our deck. But they the three of them were grouped together, and it was a once-in-a-lifetime shot,” said Frank Adcock, who took the picture from his home on Orange Lane in north Boulder.

The cubs appeared to be two feet long according to Adcock.

He also said that no adult was supervising the three cubs when he saw them.

Local wildlife officials said they are aware of a family of mountain lions in north Boulder.

“We have been aware of them,” said Jennifer Churchill, a spokeswoman for Colorado Parks and Wildlife.

She estimated the cubs are likely only a couple of years.

Cubs typically leave their mother around the age of two.

The officials are asking the help of residents to make sure the cats stay out of heavily populated areas.

The cats have not caused any problems to the community. Wildlife rangers are leaving them alone.

But Churchill highlighted the importance of people doing their part to make sure these cubs don’t get too comfortable around people.

“Even though they look so cute in that picture, we want to keep them in the wild where we want them,” Churchill said.

“We definitely want people to discourage them from hanging around.”