LEARN THE RICH HISTORY BEHIND THE BEAUTIFUL CITY WE KNOW TODAY

Home to beautiful mountain vistas and lush greenery, Boulder is known as a thriving, forward-thinking city, and is even the happiest city in America according to National Geographic…Just ask a Boulder realtor!

Needless to say, Boulder real estate is always in high demand, and much of what makes this city such a phenomenal place to live in today is tied to its past. From the search for gold in early mining communities to being an important leader in the fight for natural preservation, the city was often ahead of the times—and has remained so today.

Our Boulder real estate agents have gathered some of the most fascinating facts about how Boulder became the lovely place we know today, thanks to the decades of resourcefulness and hard work of its citizens.

LAND OF THE ARAPAHO

Many Indigenous groups have called the areas in and surrounding Boulder their home, but the inhabitants during the time that American pioneers arrived were known as the Southern Arapaho. At the time, they were partly nomadic people who migrated seasonally—much like many other tribes who inhabited the American West in that era.

Chief Niwot of the Arapaho was the first to encounter early American gold-seekers in the region, and his diplomatic relations with settlers made him a key figure in early Coloradoan history.

THE ALLURE OF GOLD

Far from the populous urban center it is today, the area was once home to just a few hundred settlers in search of fortune. Gold was first discovered near Denver in 1858, which was largely what made the region that would become the state of Colorado so alluring to westward pioneers.

Soon afterward, gold was also discovered by miners at what is now known as Gold Hill, just west of Boulder. Boulder became an important base for gold mining operations, where it housed and supplied the steady influx of workers seeking opportunities in the west.

Agricultural operations and craftsmen also established themselves in town, where they became crucial in facilitating the growth of the local economy. Coal was also soon discovered southeast of Boulder, cementing the town’s value as a small yet strong mining community. 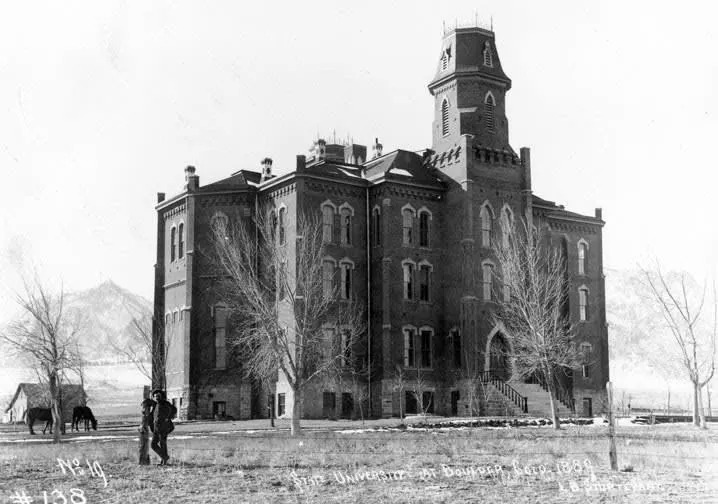 Though it now has an enrollment of around 30,000 students and is a nationally well-respected public university, the University of Colorado in Boulder first started as a small institution that cost around $30,000 to open in 1877. Boulder wasn’t the only town that wanted a chance to house the University of Colorado, but the growing community eventually won their bid in 1874—after fundraising half the money for its construction themselves through donations and loans.

Located on an original donated plot of around 45 acres, the university had less than 50 students, one professor, and a president. All of the campus facilities were housed in one building known as Old Main, which stands to this day. All of this is in stark contrast to the sprawling modern campus where students learn today.

The investment by the early residents of Boulder has paid off exponentially: the university is one of many things that has helped make Boulder an economically prosperous and education-oriented community, allowing it to weather many global changes and economic uncertainties. Students from across the country who attend the university often fall in love with the city and find themselves making Boulder their permanent home. 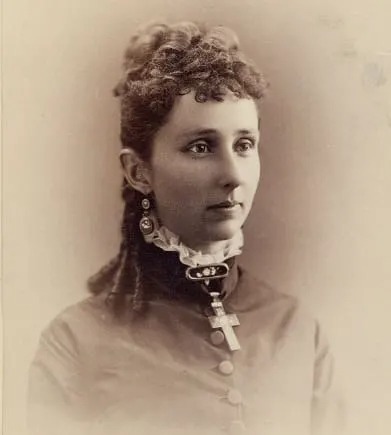 While Boulder has a reputation as a progressive community today, it also has a surprisingly progressive past. In 1878, an educator named Mary Rippon was appointed as a professor at the University of Colorado in Boulder. This made her the first American woman to ever become a professor at a state university.

Rippon had studied in and traveled through Germany, Switzerland, and France after attending university herself, and came to the institution as an accomplished teacher of both German and French in addition to her knowledge of literature and mathematics. The Mary Rippon Outdoor Theatre, a popular university landmark, is named in her honor, and she remains one of many examples of Boulder’s consistently forward-thinking culture. Boulder’s wonderful Shakespeare Festival performs in this outdoor venue every summer.

Chautauqua was a movement in the late 19th and early 20th centuries that focused on adult education through and alongside entertainment. Primarily consisting of lectures, speeches, and comedic performances, it was meant to inform communities on issues that impacted the nation and drive their desire to improve the circumstances of their fellow citizens.

Just before the start of the 20th century, the Texas Board of Regents selected Boulder as a summer retreat for educators to escape the Texas heat with their families. Boulder’s Chautauqua was built, consisting primarily of an auditorium, a dining hall, and an academic hall. The site is one of only 25 National Historic Landmarks in Colorado and it continues operations to this day, offering lodging to visitors and hosting a variety of live events, musical performances, and more. The natural beauty that surrounds the site makes it a must-see spot for those visiting the city.

Thanks in large part to Chautauqua, Boulder shifted from a mining town to one that was sustained largely by summer tourism. The families who came to the city helped keep shops and other businesses afloat, and the still-small population was able to make their living this way for much of the first half of the 20th century. As tourism began to wane in the middle of the century, however, Boulder’s economy shifted yet again.

In the mid-to-late 20th century, Boulder became a hub for many notable corporations that helped to shape its modern economy and drive major population growth. IBM and Ball Aerospace were among the companies that brought newfound jobs and opportunities to the young city. Boulder is also the original home of Celestial Seasonings, a massive and beloved tea company started by well-known local resident Mo Siegel. 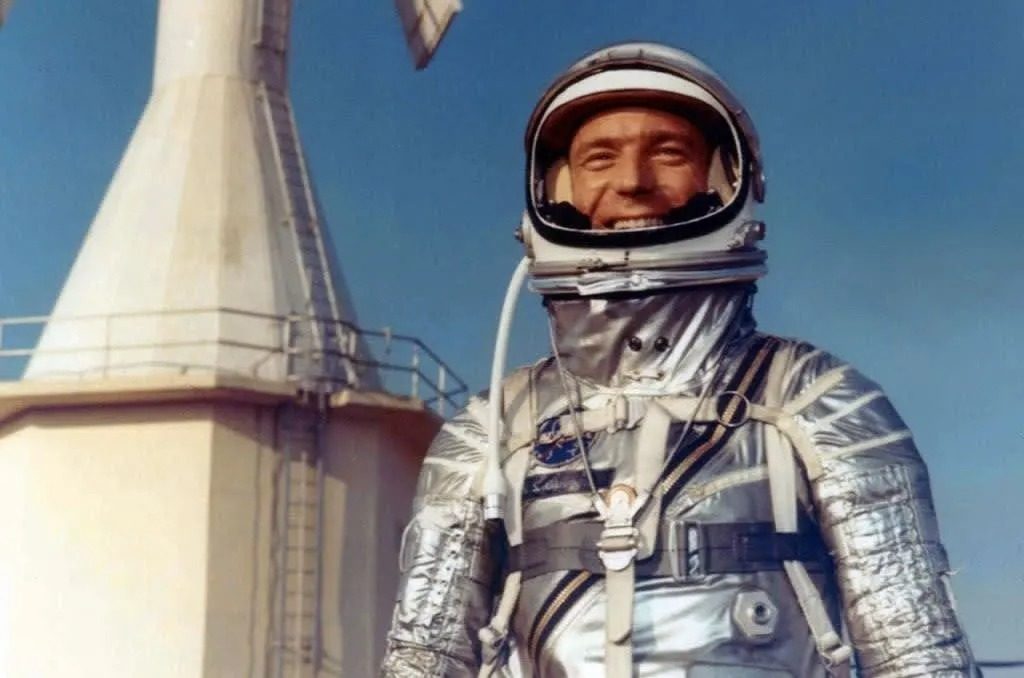 Since education is so important to Boulder, it’s no surprise that it has produced a number of successful and renowned scientists, including decorated astronauts. Malcolm Scott Carpenter was born in Boulder in 1925. After studying aeronautical engineering at the University of Colorado, he went on to become an astronaut. He was only the fourth American to ever enter space—as well as the first to eat solid food in space. He then shifted primarily to aeronautics for the remainder of his career.

Many years later, Kaplan Chawla earned her Ph.D. in Aerospace Engineering in Boulder at the University of Colorado and continued the legacy of astronauts with Boulder ties. After many years of professional scientific work, she joined the NASA Astronauts Corps in 1991 and would go on to become the first Indian woman in space. She was one of the astronauts lost in the Columbia Space Shuttle disaster, for which she posthumously received the Congressional Space Medal of Honor. Her legacy has continued to inspire women who dream of going to space.

Boulder’s beauty has long attracted adventurers and athletes. Ivy Baldwin was an American balloonist, aviator, and performer who gained renown in the early 20th century. He was known for his daring acrobatic feats, and in 1908 he completed a record-breaking tightrope walk across Eldorado Springs Canyon at a height of 565 feet. He would go on to complete similar tightrope walks across Boulder Canyon many times, including one on his 82nd birthday.

Baldwin was just one of many who’ve been drawn to the natural beauty of Boulder and the picturesque Flatirons to display their athletic feats, and Boulder remains home to a thriving community of hikers, rock climbers, and thrill-seekers who appreciate exploring its beautiful, mountainous landscape.

Preservation of Boulder’s natural beauty isn’t just a contemporary concern, but one the community has been actively engaged in for many years. Since the 1960s, legislative and community efforts have been made to slow down development. This included an open space sales tax and a 2% cap on growth. While this has caused somewhat of a limit on Boulder real estate, it has also helped maintain the city’s gorgeous natural surroundings and protect its diverse wildlife.

Though much larger than it once was, Boulder remains a passionate community driven by the desire to foster a sustainable city. It offers an immensely high quality of life, which makes it a place that countless families and professionals from across the country can imagine themselves living in.

If you’re one of the many people who want to experience life in this thriving city, you can learn more about Boulder homes for sale by contacting a Boulder realtor at Burgess Group |Compass today. Our Boulder real estate agents have the local expertise and will help you find your perfect home!