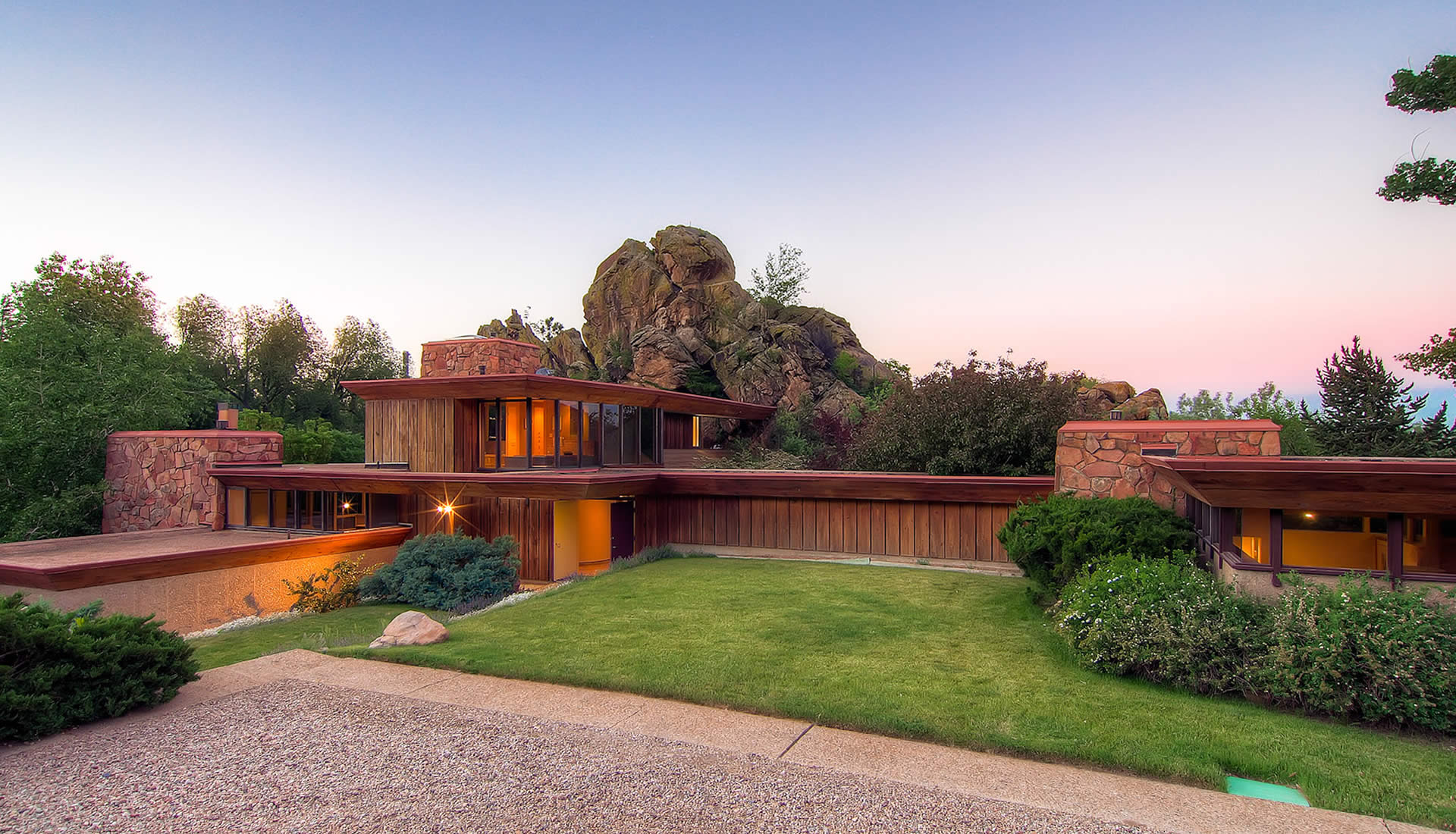 Few architects have had careers as notable in Colorado as did the Missouri-born transplant Charles Haertling (1928 -1984).

He didn’t attempt to impose trendy styles on his Colorado clients, but sought to marry the desires of the homeowners with the surrounding natural landscape in which he would build their home.

Time has proven that he succeeded.

The Noble House is the residential project that first brought widespread attention to Haertling as Sunday drivers cruised past on a steady basis to watch the unusual house during its construction.

Haertling described his creation as a wigwam structure with its massive sloping roof that extends to ground level. He spoke of the roof as being 16 identical leaves.

Inside, the connection with nature becomes even more apparent as the ceiling’s exposed rafters mimic the veins branching off of a leafstalk.

The Volsky House features a circular design and a balcony that lunges up and over a cliff, pointing skyward like the prow of a ship.

The form was so different than nearby luxury properties in Boulder that it spawned petitions to prevent its construction. Two years later, the house, which contains a centrally located indoor garden, was featured in Life Magazine.

The round living room gives commanding views of not only the mountains but also the plains and the city.

If you’ve only seen one Haertling creation, the Brenton House is probably the one.

The house is five pods made of polyurethane sprayed over rebar. The architect drew inspiration from the shape of barnacles, but visitors typically describe the house as looking like mushrooms or clouds.

Completed the same year that humans first walked on the surface of the moon, the house has always evoked a space-age futuristic vibe. That perfectly explains why it was used prominently in Woody Allen’s 1973 science fiction comedy, Sleeper.

The influence of Frank Lloyd Wright on Haertling shows in Menkick House with its flat roofs and cantilevered balconies.

The Razee House comes as a bit of a surprise after looking at the other Haertling designs. Gone are the curves and the salute to nature.

The Razee House makes clear that Haertling wasn’t a slave to any particular architectural school of thought. This project was done in the Brutalist style most often associated with Swiss architect Le Corbusier.

In place of whimsy, there’s an aggressive character in its severe, no-nonsense concrete facades.

The Razee House was recently updated with more windows softening the look of the house, but the underlying Haertling design is still clearly visible.

Haertling died much too young at 55, but his dedication to world-class architecture will remain evident to the city of Boulder for years to come. It’ll be seen in not only the residential and commercial projects he designed but in the city of Boulder itself.

As a member of the city council, as deputy mayor, and as a member of the Landmarks Board, he promoted the preservation of both natural spaces in and around the city as well as historically significant architecture.

In turn, Haertling has left behind luxury properties that Colorado, especially Boulder, will continue to find worth preserving.