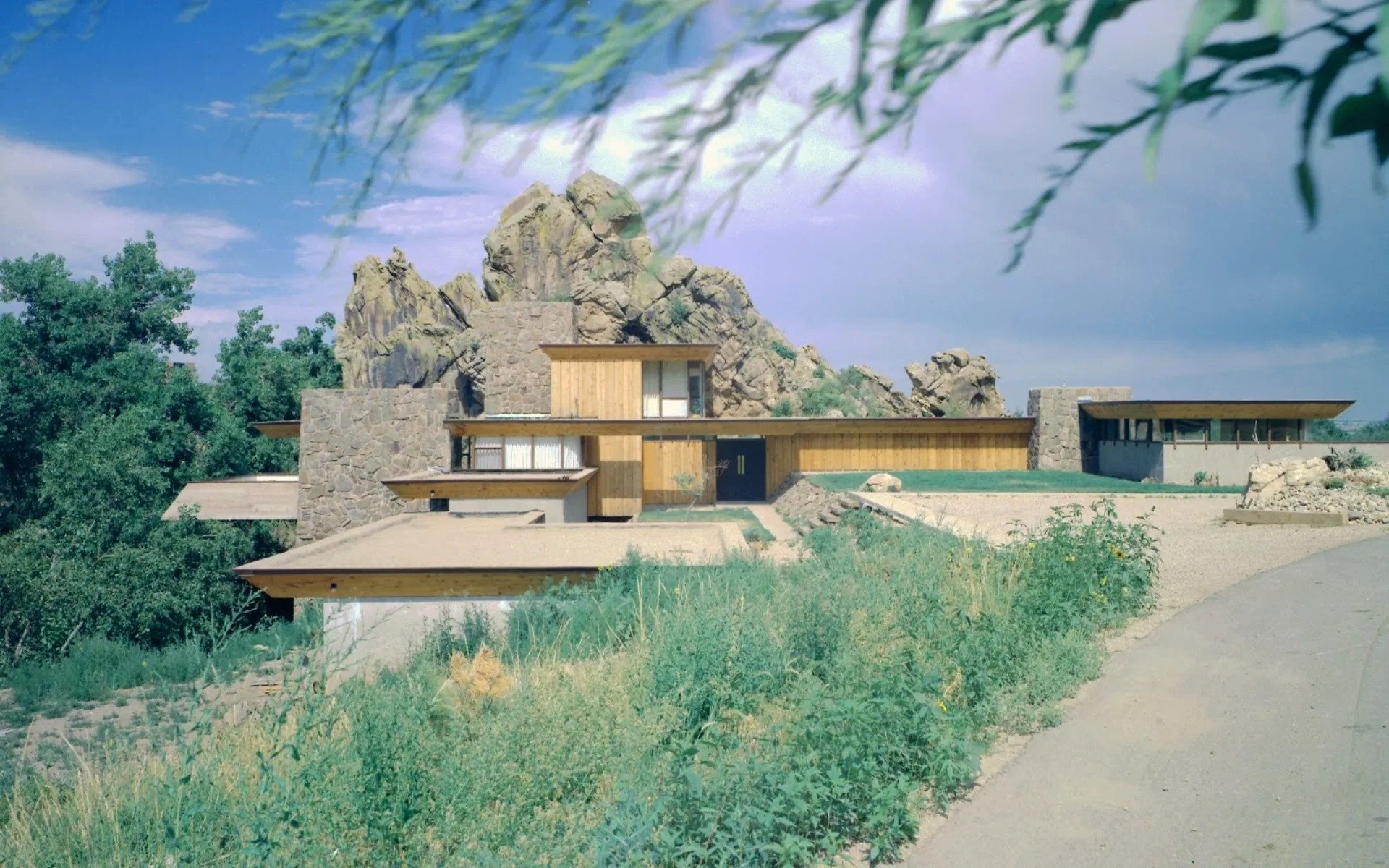 BOULDER IS HOME TO A DIVERSE RANGE OF ARCHITECTURE, FROM HISTORIC VICTORIAN HOMES TO MODERN BUNGALOWS

Boulder is a true melting pot of architectural beauty. It boasts a wide range of the most iconic American styles along with homes designed by some of the nation’s premier architects that are true works of art. From its early days as a mining town to the modest bungalows of its tourism days, much of the past is still standing in this city.

Today, Boulder is increasingly well-known for famous architects who have built stunning homes inspired by the local landscape and for the diversity of architectural options it offers to homebuyers.

Since the mid-20th century, Boulder has increasingly restricted new development in the city and put height requirements in place in order to protect the local environment and the community’s overall feel. A knowledgeable Boulder realtor will tell you that many homes in classic styles tend to be in limited supply and high demand as more and more people hope to call Boulder their home.

If you’re interested in Boulder real estate, our Boulder realtors have gathered a list of some of the popular styles that define the architectural identity of this city.

Victorian architecture is named after the period of time when it arose—during Queen Victoria’s reign from 1837 to 1901. Much of what we’ve come to see as synonymous with this style in North America was popularized from 1860 to 1900 and intersects with many of the other architectural styles of the era, such as the Gothic Revival and Italianate movements. Victorian homes can range dramatically in size, from striking marvels of ornate, colorful design to small, charming abodes perfect for couples and growing families.

Boulder’s population was small during the Victorian era, so there aren’t too many of these homes to be found in the city today. The ones that remain, however, are often beautifully preserved and stand out distinctly from more common styles in the city. One example is the Arnett-Fullen House (pictured above), where a mix of Victorian-era styles come together to create a stunning architectural landmark. Considered to be the most beautiful home in Boulder when it was built in 1877, it displays many late Victorian features, including steep roofs, cross gables, and ornate carvings that simply aren’t found on most homes built today.

If you appreciate the appeal of historic houses and love detailed architectural flair, Victorian homes are a perfect option for buyers in the area. Though you might have to work a little harder to find the right one on the market, their singular appearance and lasting, quality craftsmanship make them more than worth it.

The American Craftsman style was one of the most popular styles of homes across the nation in the early 20th century. Inspired by the Arts and Crafts Movement’s architecture stylings, these homes have a traditional feel with simple layouts and floor plans that easily accommodate the needs of small families. This style became popular in the Boulder area largely because of the University of Colorado’s faculty, who built these homes as modest spaces to raise families and entertain friends.

Perhaps the most iconic defining feature of these homes is their covered porches, which are framed by heavy pillars and offer a perfect lounging space in the shade during warm days. The low, wide-roofed style of these homes draws much inspiration from the pervasive bungalow style that swept throughout North America and the rest of the world in the early 20th century. A key part of the ubiquity of these homes was that they were offered as prefab building kits by several companies of the era.

Mid-century modern architecture was an American interpretation of the Bauhaus and International architectural movements. Known for its clean lines and European inspiration, it was intended to bring a more modern sensibility to America’s post-war suburbs, which were experiencing a boom in both population and economic growth.

This style has been having somewhat of a renaissance today, with modern homeowners favoring the feeling of clean lines, open spaces, and natural inspirations that mid-century designs can offer them. These homes helped usher in the popularity of indoor/outdoor combination spaces, which subsequently became more common in a variety of home designs. Floor-to-ceiling windows, sliding glass doors, and connections to the surrounding outdoors quickly became sought-after features.

According to our Boulder real estate agents, one often overlooked aspect of mid-century modern homes that make them a great choice for today’s buyer is their functionality: this style was made with the average American family and their most common needs in mind, rather than extravagance or excess luxuries.

Ranch-style homes have existed since the 1920s but rose to popularity in the 60s and 70s, as the post-war population boom continued and the need for more housing only grew. These houses tend to feature a wide, low appearance with great spaces for landscaping. The exterior often gives way to an open and airy interior living space and sometimes offers standout features such as sunken living rooms. Their popularity was largely thanks to their large interior square footage—something that was becoming more and more important to the average homebuyer.

Perhaps more similar in concept to conventional split-level homes, the raised ranch style was intended to be an even more efficient use of space on a limited-size plot. Both of these styles appear in Boulder and evoke the family-centered atmosphere of the era they were built in. 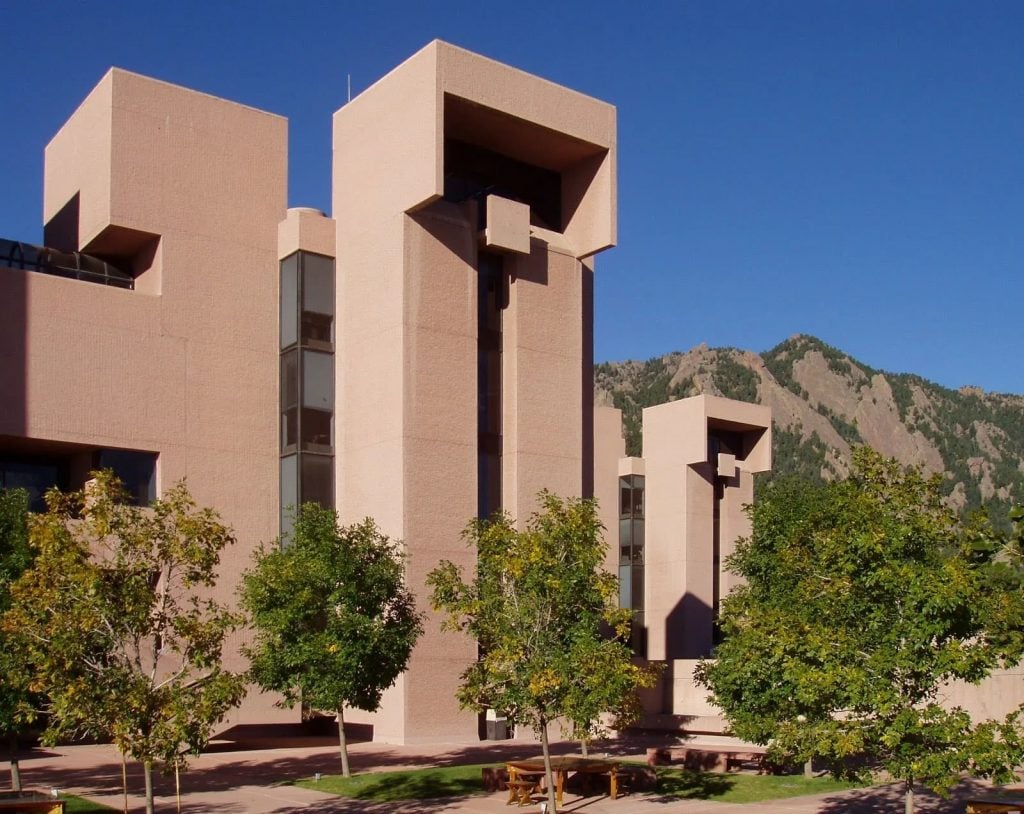 While you won’t necessarily find many Brutalist homes in Boulder, this contentious style plays an important role in the city’s greater architectural landscape. The movement became popularized in the 70s, having quickly caught the attention of renowned architects around the world. Its design staples included strong lines, sturdy structures, repeating elements and shapes, and few windows. It was primarily employed in the design of government buildings and other large-scale projects, rather than a solely residential style.

There are three well-known brutalist landmarks in Boulder. The National Center for Atmospheric Research, pictured above, is an example of how brutalism can take inspiration from the colors and shapes of the surrounding landscape. The other two examples are the William Village Towers, which leave a distinct mark on the University of Colorado’s campus, and the West End Plaza in Downtown Boulder.

Though not to everyone’s tastes, Brutalism has undoubtedly impacted contemporary architecture’s return to simplicity and cleanness—something that makes its way into many modern homes in Boulder.

Mountain style architecture is based on the guiding ethos of making a building feel like it’s an organic part of the landscape around it, rather than something that interrupts the beauty of its natural setting. Any Boulder realtor can tell you that homes in mountain styles are widely popular in Boulder and throughout Colorado, as well as many other mountainous regions such as California and Montana. If you want your home to feel like an escape from the bustle of work and city life, these are the ideal homes for you.

Often considered to be a more updated take on the classic American log cabin, some of the trademark features of these homes include natural materials like wood and stone that blend in well with forested surroundings. The materials often maintain a raw and imperfect feel, rather than emphasizing symmetry or homogeneity.

Some contemporary versions of mountain homes feature more sharp and distinct angles, large windows to allow full views, and may incorporate technology such as solar paneling. In Boulder, these homes are rarely found close to more densely populated areas—instead, they are built on large plots of land in less developed areas that can accommodate this wide, sprawling style that’s at one with nature.

There’s no single definition for what qualifies as contemporary architecture—rather, it has largely come to refer to a collection of styles developed or popularized in the 21st century. Postmodernism and expressive, experimental architecture fall under this umbrella, including the types of grandiose structures you might see on the covers of architectural magazines. But for the everyday American home, contemporary architecture is more defined by a level of openness, efficiency, and functionality.

Many buyers seek open floor plans that make disparate living spaces feel connected and accessible. Bright, natural light and simplistic design touches are also at the top of many people’s lists of the most desired elements in a home. Contemporary homes can accommodate these desires beautifully and are great for families who crave space or for those who love to entertain with large gatherings.

Another aspect of contemporary design that has made it such a popular choice in Boulder is that these homes are generally built with sustainability in mind, making use of technology and recycled materials to create energy-efficient and highly functional eco-homes.

Whether you’re looking for historic charm or modern comforts, Boulder real estate agents have a thrilling variety of homes on the market to meet your needs. Get in touch with an experienced Boulder realtor at Burgess Group | Compass, and let us help you find the style of home that fits best for you.